Each apartment is provided its own SiteSage system 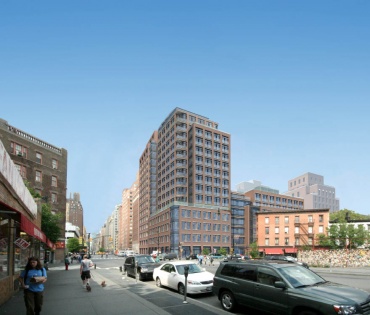 Buildings accounted for roughly 40% of total U.S. energy consumption in 2010, according to the United States Energy Information Association. “[New York] City’s roughly 1 million buildings cost $15 billion a year to power and heat and account for 80% of the city’s greenhouse gas emissions”(1). The proliferation of smart energy devices and building management systems will result in the potential to reduce energy consumption and improve conservation. Direct and indirect savings can often amount to 25% or more on a typical energy bill invoiced either to the building owner or the occupant of the space within the building.

To induce building owners and tenants to reduce energy consumption, New York City has enacted local laws that require energy benchmarking and audits, and has promoted the use of new lease language to engage building owners and tenants in an effort to improve energy efficiency and fairness in the payback ratios. Encouraging energy reduction through automated monitoring and control of heating, ventilating, air conditioning, lighting and other power users, has now become an important building function according to Parks Associates, an internationally recognized consulting firm specializing in emerging consumer market technology products and services.

“In 2030, 85 percent of our buildings will be buildings that exist today – so improving the performance of existing buildings is critical to reducing New York City’s energy use and carbon emissions.”(2) Retrofitting existing buildings has become more important than providing energy management in new buildings.

The primary barrier to implementation of energy management and control in a multitenant building is the up front cost of device and equipment installation. The largest component of this is not the hardware, but the labor to install and configure each device in tenant spaces.(3) “Research done by the New York State Energy Research and Development Authority (NYSERDA), a strong advocate of accurate information as a driver of energy efficient behavior in consumers, estimates that installing submeters in master-metered buildings can reduce consumption by 18 to 26%.(4) Further reductions can be achieved by providing technology to permit the consumer to recognize and modify behavior patterns.

Emerging wireless systems offer a substantial lower capital cost to implement both submetering and “smart building” technologies in multifamily residential and multitenant commercial buildings. New intelligent devices and wireless communications technologies are helping to “eliminate these additional cost barriers, often by as much as 70%” according to Hugh Lindsay of Schneider Electric.

Some progressive building developers have begun to implement energy management and control functions in buildings. One such owner/developer is Rudin Management Co. “Providing energy monitoring and control functions in our buildings helps to engage the tenant, reduce carbon footprint, honor our corporate responsibility to the city in which we live, and do well by doing good”, according to John J. Gilbert, III, Rudin Management Co.’s Chief Operating Officer. He went on to add: “These advanced technology systems and services that benefit both tenants and owners, including energy management and wireless services, will eventually be like the elevators required in a high rise building”. 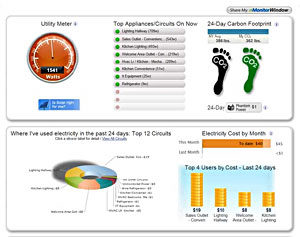 Rudin is in the process of developing an ambitious mixed use property, Rudin West Village, on the St. Vincent Hospital Campus. The first building being redeveloped, 130 West 12th Street, is a condominium complex that will house 44 residential apartment homes, each with high speed wireless internet access, and available energy monitoring and control.

Energy monitoring is accomplished using a device from Powerhouse Dynamics, Inc. connected wirelessly so that energy usage can be reviewed on a tablet, smartphone or computer, in an easy to read dashboard format so that usage from period to period can be determined. Each individual electric line within an apartment home can be monitored, and notifications can be sent via email regarding unusual conditions or excessive electric usage.

“Providing energy monitoring and control functions in our buildings helps to engage the tenant, reduce carbon footprint, honor our corporate responsibility to the city in which we live, and do well by doing good.”
John J. Gilbert, III
Chief Operating Officer, Rudin Management Co.

Control of heating, ventilation, air conditioning and lighting is accomplished using wirelessly connected devices from Control4. Scenarios and preset climate and lighting parameters can be established via the same tablet, smartphone or computer, and can be modified by the tenant regardless of where they are at any time.

This “smart building” system gives the occupant the ability to reduce energy costs by recognizing excessive usage, and promoting more economical use of energy through control features and information that enables intelligent decision making. 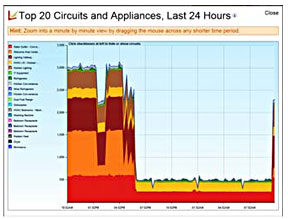 With the implementation of “smart building” and overall awareness, consumers have been shown to reduce their energy consumption. One study recently found a 37% difference in energy consumption in households with the same energy installations through behavior modification.

Projections of a 25% savings on electric bills for residents is not uncommon for “smart building” implementations. Ahmad Faruqui of the Brattle Group recently indicated that the inclusion of energy efficiency technology coupled with critical peak pricing rates, enhances peak reductions in the range between 34% and 38%.(5) The resulting payback for just the “smart building” system at 25% is under two years, and with potential tax credits, could be considerably less. NYSERDA, in part out of concern over the environmental effects of excessive air-conditioning, is planning to offer building owners financial incentives. 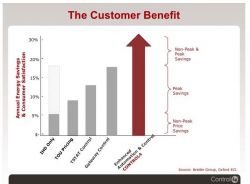 Additionally, according to a New York Times article, a 2009 report said that residential buildings account for 39% of the city’s greenhouse gas emissions, and 40% of the energy that buildings use is spent on heating and cooling(6). “Smart Building” systems can be used to reduce the energy use in amenity areas of rental multifamily buildings including hallway lighting, lobby and fitness center climate control and office energy use, thus reducing the building owner’s energy costs. The reduction in “carbon footprint” and warming due to electric usage could also play a significant role in environmental considerations.

Finally, as an additional benefit to building owners and occupants, the same Wi-Fi network that provides the backbone network for both the submetering platform as well as the “smart building” network of devices also provides data offload services to cellular service devices, wireless high speed internet access to the occupants of the building, video surveillance and security.

Smartphones and tablets are Wi-Fi enabled, so that the building’s Wi-Fi network, used for “smart building” functions, can provide occupants of the buildings with high speed data access without having to pay additional fees for extra capacity to the cell service providers.

Laptops, netbooks and ultrabooks are also Wi-Fi enabled, thus providing high speed internet access, anywhere in the building, to those occupants with these devices.

The Wi-Fi network is also capable of providing video surveillance via wireless cameras that are now available at very reasonable costs. Eliminating the wiring for video cameras and controllers reduces the expense of providing such surveillance. Security devices are also available with Wi-Fi based connectivity. Additional access control and security can be implemented without the labor costs normally associated with such efforts.

With the current demographic of multifamily dwelling units in urban, dense environments, the addition of mobility and increased capacity through the use of a secure, high quality Wi-Fi network serves to enhance the value of the property, provides a valuable service to the residents and reduces energy usage and carbon footprint. According to Parks Associates, residents are willing to pay more for apartments with advanced technology. The Wi-Fi backbone network, when used as a basis for these functions, can cause the building to achieve higher rents or increased sales prices, increased asset value and lower operating costs.