Introduction: Campus on a Renewable Mission

The Chewonki Foundation owns and runs a school campus in Wiscasset, Maine that supports a high school program, a boys and girls summer camp, and an organic farm. Chewonki is an alternative school with a focus on environmental education and natural history. As such, one of the Foundation’s goals is to teach its students about renewable energy resources. One of the main ways in which the Foundation teaches about renewable resources is by implementing and promoting a range of renewable energy and energy efficient technologies that can provide for the bulk of the campus’ energy needs.

The Problem: Management of Complex Systems 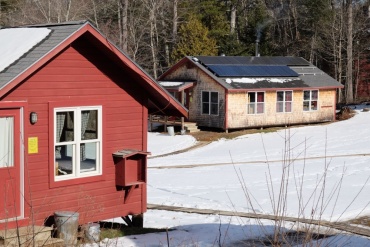 One of the main challenges for the Chewonki campus staff is tracking the performance of their systems to ensure they are performing at their optimal levels. Not only are the renewable energy systems an important manifestation of Chewonki’s values and goals, they represent a significant investment that needs to provide a financial return to the school. Consequently, understanding when any of their systems are under-performing is critical to the operations of the school.

Originally, the Chewonki staff deployed basic data loggers on some of their renewable energy systems as a way of tracking system performance, but they found several challenges with this approach. The data loggers were complex to configure and use, requiring substantial engineering resources to create basic functioning systems. In addition, the cost to purchase and integrate the systems was quite high. The staff needed a simple-to-use system that could provide them with the intelligence necessary to stay on top of the performance of their numerous and complex renewable energy systems.

The Solution: Energy Insight and Intelligence, Courtesy of SiteSage

PowerWise, a Maine-based energy systems provider, introduced Chewonki to the SiteSage platform, and suggested it as a tool to provide Chewonki with the intuitive, turn-key energy insight they needed to track the performance of their various energy systems across their campus.

Chewonki decided to deploy SiteSage with five monitoring units across three different buildings on its campus. The reaction from the Chewonki staff was very positive from day 1.

“The maintenance guys love SiteSage. They’ve been able to detect and resolve a number of issues with our energy systems that might have gone unnoticed for a very long time if it weren’t for SiteSage,” said Tom Twist, Chewonki’s Director of Sustainability.

Bringing Visibility to the Invisible

According to Tom Twist, “the heat pumps probably would have run all winter long with the problem undetected if it hadn’t been brought to light by SiteSage.” The problem was traced to a faulty control board. Once the control board was replaced, the pumps worked again as designed, and as confirmed by SiteSage.

The savings in this case were not just due to preventing wasted energy consumption and premature wear-and-tear on the heat pump motor; SiteSage also helped Chewonki reduce what would have been an expensive winter of excessive heating costs. Because of the under-performance of the heat pumps, the school was using their oil-fired back-up furnace far more frequently than it would have if the heat pumps were functioning properly. 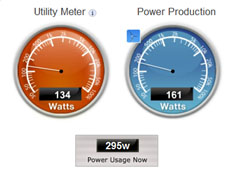 The Chewonki staff decided to use their SiteSage installation as a way of educating students and staff about energy consumption on their campus. They installed touch-screen displays in the lobby of one of their campus buildings so students could understand where they were using electricity and how much it was costing them. To the staff’s delight, people began to change some of their energy-related behavior, becoming more vigilant about turning off appliances and lights when they were not needed. 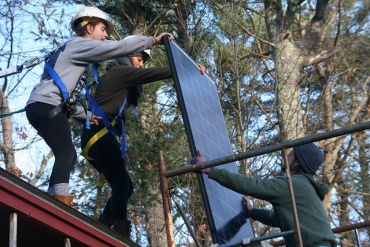 By bringing visibility into what had historically been an invisible cost to its inhabitants, SiteSage helped reduce overall energy consumption on Chewonki’s campus. The system also helped the Chewonki staff detect what would have been hidden equipment problems, saving potentially thousands of dollars in excess energy costs and equipment wear-and-tear.

Overall, the SiteSage platform deployed on the Chewonki campus has helped the organization meet its goals of energy reduction, renewable energy generation, and energy education to scores of students participating in Chewonki’s programs.