Little Known, Short-Lived Bi-Partisan Legislation that
Could have Made a Difference 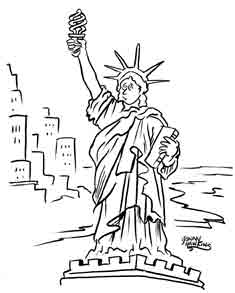 Energy Efficiency may be referred to as the “Fifth Fuel”, but it has never really gotten the public attention of the first four (coal, petroleum, nuclear, and alternative energy) – and certainly is not as sexy as renewable energy. After all, you can’t visualize energy efficiency the way you can a snazzy new rooftop Solar Photovoltaic (PV) array.

The tax code has also been stacked against efficiency. Consider that utility bills are fully deductible expenses, but the capital cost of energy efficiency retrofits must be depreciated over multiple years.

Section 179D of the Internal Revenue code (The Energy Efficient Buildings Tax Deduction, a name by which it almost never seems to be referred), which passed in 2005 and was extended in 2008, attempted to address this by providing a $1.80 per square foot tax deduction for energy efficiency improvements.

The problem is that very few buildings have taken advantage of this deduction. Forgetting about whether businesses are even aware of it, the rule has several key flaws. First, it requires the project to result in energy use 50 percent below the guidelines established in the 2001 code of the American Society of Heating, Refrigeration and Air-Conditioning Engineers (ASHRAE) – almost impossible except in the case of new construction. Second, $1.80 per square foot is a fairly limited incentive. And, finally, it can only be claimed by the owner of the building – who often is not the one paying the bills, and therefore not necessarily interested in efficiency improvements.

The “Commercial Building Modernization Act” – quietly introduced in September 2012 by a then bi-partisan group of Senators (Olympia Snowe, the only Republican sponsor, has since left the Senate), attempted to address some of these flaws. In addition to extending Section 179D for 5 more years, it would have increased the maximum deduction to $4.00 per square foot – with a sliding scale based on the level of efficiency achieved. It allowed deductions to begin with as little as a 20{9e9e99e0aa33304967f3b3f95b41a9c8b857afbbbf6b3eae28bf86859e197ae9} reduction in energy use – a much more realistic target. It also extended the deductions to allow groups other than the owner – including tenants and Real Estate Investment Trusts – to take advantage of them. The Bill also provided for 60{9e9e99e0aa33304967f3b3f95b41a9c8b857afbbbf6b3eae28bf86859e197ae9} of the deduction to be taken up front.

Unfortunately, the Bill was referred to committee and died a very quick death when the Senate adjourned for the year.

Energy efficiency boosts profits which can drive business and jobs growth – not to mention create jobs via the energy efficiency retrofits themselves. I have no idea if legislation like this would have any chance of passing in the current political climate, although it is a bill that both parties should find something positive about. But, we will never find out unless the bill is reintroduced. So, please, let your representatives know that there is a constituency for energy efficiency out there.