There’s a better way to manage your equipment, energy, and operations
By Helen Fairman, Director of Marketing
Share this post 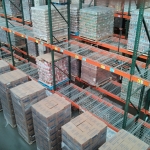 Last Friday, most of the Boston-area Powerhouse Dynamics team did what’s become an annual volunteer activity, spending roughly half the day working at the Greater Boston Food Bank. One of the largest food banks in the U.S., in 2015 GBFB “distributed more than 54 million pounds of nutritious food, enough to provide healthy meals to over 500,000 people”. Last year, Powerhouse Dynamics spent an afternoon sorting donations, and we were proud to have sorted enough food to provide 3,535 meals for hungry Massachusetts residents. Our goal this year was to break that record. 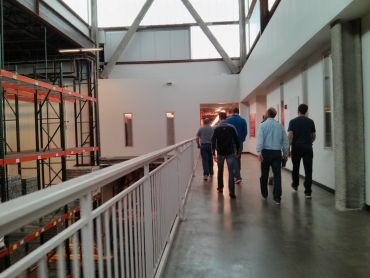 After an orientation video, we were led down to the refrigerated section of the warehouse to sort frozen meat donations. Palettes of organic pork sausages gave way to everything from whole turkeys to miscategorized quinoa burgers as our assembly line unpacked, sorted, repacked, and weighed these high value food donations. Partnering with a group of volunteers from NetSuite, we had a great time collaborating to get the work done as a team in a busy working warehouse. Hours later, when all was said and done, we got the results: we’d sorted 7,208 lb of food, enough to provide 5,638 meals for our hungry neighbors! In addition, we’d stuffed about 400 envelopes with food pantry schedules to be mailed to local residents. This was an incredibly satisfying result that left the team hungry for more opportunities to help. 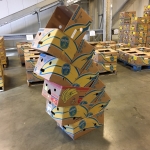 We carpooled back to our offices for a pizza lunch and an awards ceremony recognizing some of our impressive teammates, including folks like Nicholas Pearson, who won the “Bravest Vegan” award, and Casey Diehl, who was recognized with the “Dr. Seuss Architecture” award for his creative carton-stacking technique (see photo). 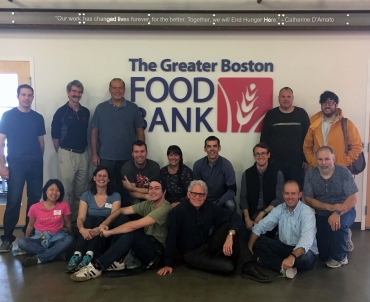 So the gauntlet has now been thrown and a new record has been set. The overwhelming response from team Powerhouse Dynamics? Bring it on!