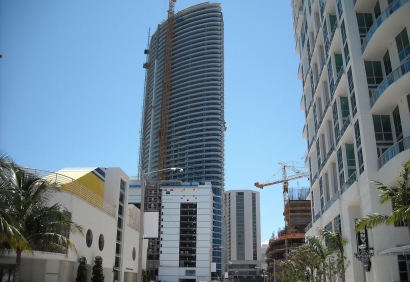 I was thrilled to see the article in mid-February: PACE Financing on the Rebound.

PACE – Property Assessed Clean Energy – is a program in which energy efficiency improvements and clean energy can be financed and the charged to the home – or business – owner through their real estate tax bill. Back in the summer of 2010, the Federal Housing Finance Agency told Fannie Mae and Freddie Mac that they couldn’t underwrite mortgages for homes that sought to pay back home efficiency upgrades or renewable energy through property taxes, largely scuttling programs underway in 27 states.

Not to rehash the discussions around who was behind this change – but at the time I wrote a blog entitled “There may be no such thing as a clean energy free lunch – anymore”. Basically, this was a program where costs were covered by savings and everyone benefited. Perhaps too good to be true.

The good news is that now the FHFA is being court-ordered to reconsider whether its rules on PACE financing should be “maintained, changed or eliminated”. No guarantee that it will change, but good news nonetheless.

The other good news is that the FHFA’s ruling does not apply to commercial mortgages. As the article noted above points out, that has allowed some cities and counties to form special districts that promise building owners the key benefit of PACE: tying investments to the property, not the owner. If the energy savings outpace the quarterly tax payments, the owners profit.

I note this in the context of another program which is now in effect throughout the UK – the Green Deal. Managed by the UK Department of Energy & Climate Change (not a Federal Department we are likely to see here any time soon – but I digress), this program was created by the UK Energy Act of 2011. It is very similar to the PACE program, except that payments are attached to electricity bills, not property taxes. (As possible proof of why that probably makes more economic sense, the Greek government has implemented a (highly controversial) plan to have some taxes collected as part of electricity bills – which apparently are much more likely to be paid). Like PACE, the costs of improvements are tied to the property – not the owner. And, like PACE, the program applies to both residential and commercial properties

This program has the same types of advantages as PACE – property improvements covered by energy cost reductions – so that it is essentially “free”. It has the added advantage of being a national program that is not – at least for now – being attacked by vested interests.

To be fair, the same type of concept is being contemplated and implemented here, at least on a state level. For example, New York State has joined several other states – including Oregon – in approving what they refer to as the On Bill Loan Recovery Program. This works in a manner similar to the UK program – but of course it is state specific rather than national. And, I suspect, as a result not as well known, although not living in New York I may not be aware of the level of awareness. The program in New York, at least, does not extend to commercial buildings, although there is a plan to extend it to small commercial facilities in the near future.

Energy efficiency is a win-win for everyone. Energy savings create a “revenue stream” that can pay for efficiency and renewable investments. This is virtually unique among uses of funds for building improvements. There should be a greater push to implement PACE and Green Deal type programs throughout the US.

It really is a form of free lunch that should have much wider awareness and support.