Last week, I described how the team at the Historic Green Village – a sustainable commercial development in Anna Maria, Florida that includes a café as well as retail spaces – used SiteSage (formerly eMonitor) to improve their energy efficiency and reduce their overall energy consumption such that they were using less electricity than their solar array was producing.

Despite achieving their goal of producing as much or more electricity than they were consuming, the Historic Green Village still faced the vexing issue of “peak demand” charges from their utility. 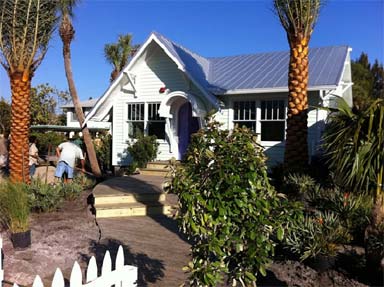 The HGV team discovered that their local electric utility was charging a significant “peak demand” fee each month because several of HGV’s largest electrical loads would be running at the same time. To minimize the demand charge, the team initially focused on the coincident demand of their air conditioning units, which were coming on within the same 15 minute time period. 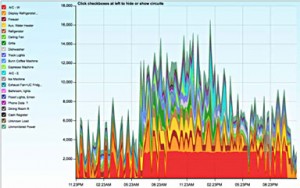 By analyzing the demand within 15 minute windows, the HGV team chose to re-program the thermostats to stage when the air conditioning units came on. This action, plus a few others, enabled HGV to keep their campus electricity peak demand below the threshold over which the utility charges demand fees. Overall, this helps HGV avoid over $2,000 in peak demand charges per year.

SiteSage has proven itself to be an invaluable tool in monitoring, managing and controlling energy consumption for the Historic Green Village. SiteSage’s ability to provide real-time data was essential in reducing overall consumption as well as helping to avoid over $2,000 per year in peak demand charges.

With the help of SiteSage, the HGV team was able to achieve their goal of Net Zero Energy consumption for their entire campus. In fact, the Café – originally the most challenging building in terms of high energy consumption – was recently awarded LEED Platinum certification in recognition of its substantially-reduced energy usage.