There’s a better way to manage your equipment, energy, and operations
By Evan Oleson, Customer Success Manager
Share this post 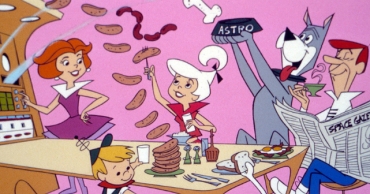 In case you haven’t noticed, food service equipment is getting much closer to “The Jetsons”-esque technology. However, I was recently struck by a study in contrasts when I saw dangling from the side of a $10,000, top-of-the-line, rapid cook oven none other than a wood clipboard (that retails for under $2) holding a piece of printer paper and pencil that recorded critical food safety temperatures from throughout the kitchen.

Though the oven could probably cook food in ways that were unimaginable 30 years ago, the pencil hasn’t changed much since it was invented in 1795. Fortunately, the technology exists for better recording of food safety metrics. For example, that clipboard can be replaced with a rugged but cheap tablet to run the SiteSage Smart Kitchen App, and paired with a Bluetooth enabled food probe, can be used to log temperatures rapidly and accurately, and that and other HACCP data can be synced to the internet and shared instantaneously far beyond that old clipboard.

In the age of ubiquitous smartphone usage, it struck me that the team members in the kitchen were probably far more comfortable and capable with a touchscreen than they were with a pencil anyway. The clipboard, paper, and pencil will always have its time and place, but I hope it is soon far away from modern technology-driven food operations, and their critical food safety processes.

Want to learn more about bringing your food safety processes up to speed?