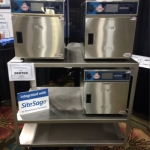 I’m just back from the Arby’s 2016 Worldwide Franchise Convention. We had the chance to interact with many of our existing franchisee customers and greet prospective new customers, meet with our industry partners such as kitchen equipment manufacturers, and learn more broadly about what is happening in the Arby’s universe. It was an exciting three days in Orlando for four reasons:

When compared to their industry peers, Arby’s is crushing it. Their annual unit volumes have grown tremendously over the past three years, they’re adding more new units than their peers, and per-store profits are up in a very nice way. To both support and help to drive this growth, Arby’s is innovating across all aspects of their operations, from the products they offer, to their marketing initiatives, and the different technologies they’re deploying.

By any measure, this company is hot.

It’s really fun to be a technology provider to Arby’s and to collaborate with them as they continue to grow.

Hat’s off to Arby’s for their ability to punch above their weight with some very clever marketing campaigns. Arby’s has a very clear sense for who their customers are (and who they are not), and continues to find innovative ways to reach out to them. My favorite? Their sponsorship of down-to-earth pro-golfer Andrew “Beef” Johnston, a sponsorship described by Business Insider as “one of the most logical partnerships in sports”. 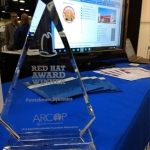 Our 2016 Arby’s Red Hat award for Most Innovative Supplier, shared with Alto-Shaam

Along with our partner, oven manufacturer Alto-Shaam, we were honored with the Arby’s Red Hat Award for Most Innovative Supplier of the Year. Together with Alto-Shaam, we automated what was previously a labor-intensive, error-prone process of tracking the temperature of Arby’s signature roast beef as it is being cooked and then held at temperature before serving. All data relating to roast safety and quality is now in the SiteSage cloud, from which it can be automatically emailed to store managers on a daily basis and archived for future access. 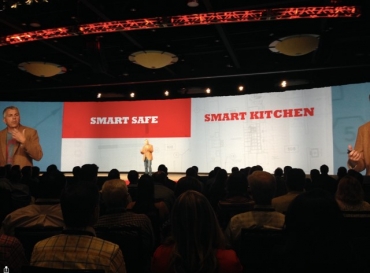 Our work with Alto-Shaam is only the tip of the iceberg for the kinds of operational innovations Arby’s is driving with SiteSage at its core. During the opening session of the conference, Arby’s COO John Bowie gave a shout-out to the broader “Smart Kitchen” initiative under-way (and managed on the SiteSage platform). We’re excited and grateful to be their partners in this effort.

There was palpable excitement from the franchisees in the Arby’s Innovation Booth around Smart Kitchen and integrating mission-critical equipment data to the cloud — including our work not just with ovens, but with fryers, refrigeration, and irrigation systems, too. In addition, digitizing the entire food safety HACCP process with the SiteSage app and integrated Bluetooth probe drew a lot of interest. Operators clearly recognize the value of removing administrative burdens from their staff to allow them to focus on more value-added activities, such as making sure their customers are delighted with their Arby’s experience.

The fun Arby’s culture really came out during this final bash. We had the chance to get our groove on with the hilariously retro band Yacht Rock Review.  Although most of their covers centered around 1978 give or take the highlight of their set for me was  their cover of Toto’s “Africa” (click to see the video). Classic 80’s.

Thank you, Arby’s, for the recognition, for the fun event, and for your continued partnership! We look forward to next year’s conference!

Click here to read the SiteSage case study describing some of our work at Arby’s in greater depth.