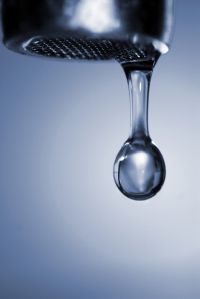 This is a portion of a post on MultiBriefs Exclusive.

Water covers 75 percent of the Earth’s surface, 97 percent of which is in our oceans. Another 2 percent is trapped in glaciers and ice caps, which leaves only 1 percent for humanity’s needs — not a big margin for error there. Although some water resources are renewable, the demand is outstripping supply. There are about 7 billion people in the world today, and that is expected to increase to about 9 billion by 2050. Already, three of the world’s greatest rivers, the Colorado, Nile and Yellow Rivers have been so depleted by cities, farms, factories and dams that they no longer reach the sea.

These facts are leading to what many call “peak water.” And we know what happens to costs when demand exceeds supply. This could make “peak oil” look like a day in the park. The signs are already there. According to USA Today, Atlanta, San Francisco, and Wilmington, Del., have seen water costs triple in 12 years. The writing is on the wall, so let’s see how we can mitigate that in our own businesses.